After three days of playoffs in Wild Tour Brazil 2022we have already defined the four teams that will play the semifinals in Belo Horizonte. liberty and omega they secured in the Upper Bracket and were also the first to qualify for the Wild Rift World Cup; in the lower key Miners.gg and key will play for survival in the tournament.

The playoffs started on the 29th with four upper bracket games and the results were as follows:

With these results, the winning teams advanced to the upper bracket, while the other four dropped to the lower bracket.

Already in the first round of the bottom, TSM, one of the favorites and leader of group A, lost to the Miners by 2-0 and was eliminated.

Los Grandes, who also finished leader of their group and arrived as the favorites, lost to DreamMax by 2-1 and was eliminated. 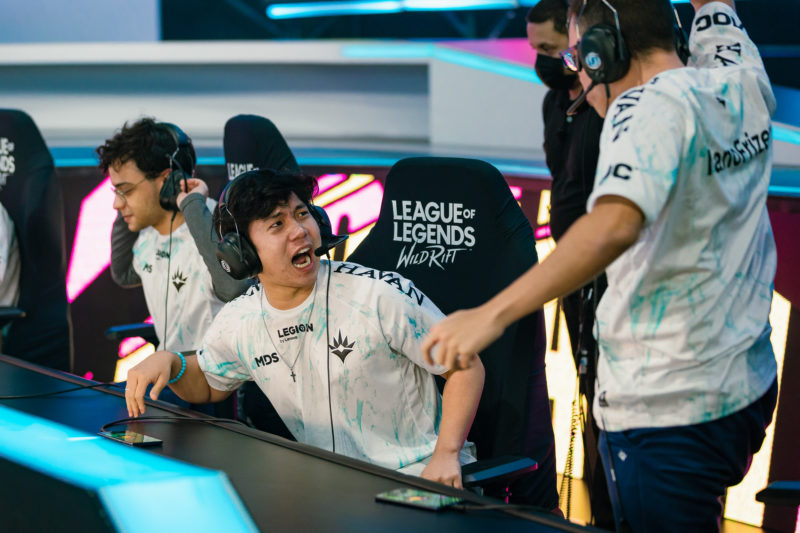 On the 30th, there were two games in the Superior bracket. Liberty beat Keyd 2-1 and advanced, while in the second series Omegha beat B4 2-0 and also advanced.

Now, Liberty and Omegha will face each other in Belo Horizonte in the final of the upper bracket, and the winner is guaranteed in the decision of the Wild Tour Brasil 2022; whoever loses will still have a second chance in the lower bracket final.

The result also guaranteed the two teams in the World of Wild Rift that will take place in Europe. Brazil has three spots in the tournament and the two teams are already at least in the top 3 of the competition.

The winner between Liberty and Omegha advances to the final and guarantees at least second place in the tournament, while the loser will still play in the lower bracket and will at least finish in third place.

Miners and Keyd will face each other in the third round of the lower bracket, which will be in Belo Horizonte. Whoever wins this confrontation not only remains alive in the Wild Tour Brasil 2022, but also guarantees the third Brazilian spot in the world.

Matches of the Wild Tour Brazil 2022 in Belo Horizonte

All the next matches of the Wild Tour Brasil 2022 playoffs will take place in Belo Horizonte on May 7th and 8th, in person. See the calendar:

Wild Tour Brasil 2022: Omegha and Keyd will face each other in the final

CBLOL 2022: Flamengo fans will protest in Gávea and ask for a change in esports management